How many points can you earn? 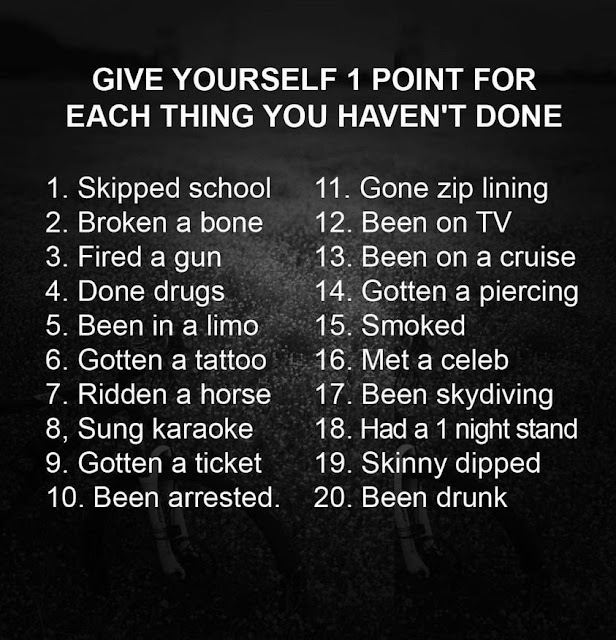 Chalk it Up to Illusion: Hyperrealistic 3D Sidewalk Murals 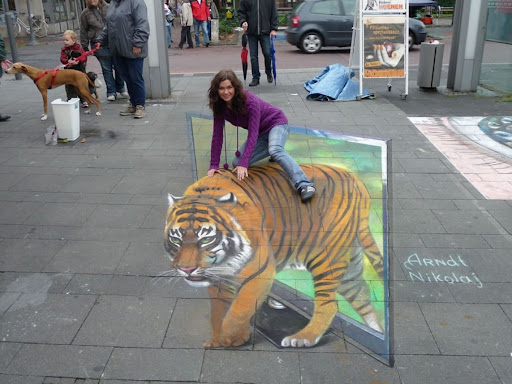 Chalk it Up to Illusion: Hyperrealistic 3D Sidewalk Murals Article by   SA Rogers , filed under the  Drawing & Digital  category Polar bears, orcas, lions and puppies stick their heads out of holes in the pavement so convincingly, you feel like you could actually pet them. What was once no more than a dull expanse of concrete or asphalt becomes the setting for a vivid scene that appears to jump right out of the ground when viewed from a certain angle. Originally working in chalk, Russian-born artist Nikolaj Arndt now uses a blend of pigments, water and sugar to keep his drawings from blowing away in the wind as he works. After spending one summer attending sidewalk art festivals in his new home of Germany purely as a spectator, Arndt returned to try his hand at the craft, blowing passersby away with each  3D illusion . In an interview with  pxleyes , the artist explains that some works might only last a couple days before they’re scrubbed away, while authorities in other cities act
Post a Comment
Read more

How much more would you pay for food, to raise minimum wage?

May 16, 2021
Seems to me raising the minimum wage is a hot topic in the US. Linked to that is the current debate about restaurants having difficulty hiring - supposedly because workers would rather stay home and collect benefits.  Now, one argument against raising the minimum wage is that it would increase food cost, thus reducing business and eventually killing the restaurant.  But let’s look at the numbers. Labour makes up 20-30% of the cost of running a food business. Since (as I understand the custom is to tip 15%) that works out to a potential increase in salary by 45-75% if tips were incorporated into the bill.  The math is something like this, assuming labour is 20% of the bill:  MW x 1/5 = 15%  The price of food would not change materially for an increase of up to 75% of wages. Eliminate tipping and restaurants could theoretically raise hourly wages up to $12.70 (from $7.25) tomorrow. The barriers of course would be psychological — while the amount paid is the same, the feeling of being cha
Post a Comment
Read more 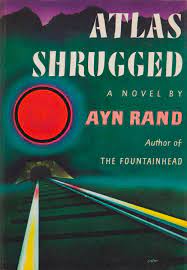 You've accepted a blind date.  Always risky.  But you're at a nice place, just ordered drinks and your date starts talking about "the best book ever" or "the only kind of music I really like." And you stare, speechless, for a moment.  Then you rise from the table and walk out of the place, because you never, never, never want to see that person again. What's the book?  What's the music?  What tells you that you're utterly incompatible with that guy or gal? For me, it's this book: I read it back in high school.  I didn't just dislike it.  I hated it with a blistering passion that has not faded to this very day.  Hated the characters.  Hated the philosophy.  Hated the writing.  If someone tells me this is the book for them, I know that person is not any type of person for me. So what's yours?  What book?  What music?  Share your blistering passion!                                      AlextheKay "Making Trouble is My Business&qu
Post a Comment
Read more 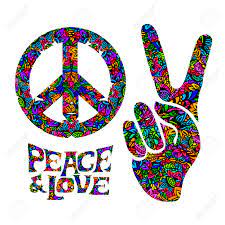 What the world needs now is love, sweet love It's the only thing that there's just too little of Ah, the sweet days of the 60s and 70s and all that great "hippie" music. Songs that were sweet, had a message, were in inspiring, or maybe very direct at pointing out what was wrong with our world. Don't ya just miss them? Come mothers and fathers Throughout the land And don't criticize What you can't understand Your sons and your daughters Are beyond your command Your old road is rapidly agin' Some would say nothing has changed or gotten worse, if so, is the lack of hippie music to blame? Maybe so? And the sign said "Long-haired freaky people Need not apply" So I tucked my hair up under my hat And I went in to ask him why He said, "You look like a fine upstandin' young man I think you'll do" So I took off my hat and said, "Imagine that Huh, me workin' for you" That was one of my faves back in the day and loved to
Post a Comment
Read more

The Man Who Put Donald Trump’s Face on Toilet Paper

The Trump years were flush times for Yaniv Graif: In the lead-up to the 2016 election, the now 37-year-old, who lives in Tel Aviv, Israel, started manufacturing what he believed to be  the world’s first—and still, according to him, bestselling—toilet paper printed with Donald Trump’s face on it . The product had a good run for the next four years, but it being 2021, Graif agreed to speak to Slate to address the obvious: Now that the Trump administration is over, are sales in the crapper? According to him, no, but he’s always innovating—and on that note, he asked me to mention the  Trump toilet paper NFT  he recently created. Our conversation has been edited and condensed for clarity. Heather Schwedel : I was looking at  your company’s website , and it looks like Trump toilet paper was your first product? Yaniv Graif:  My brand, Gagster, it started on Trump toilet paper. And it was a gamble because we started doing this when Trump was considered a joke nominee in the primaries for the
Post a Comment
Read more

How has America changed? Or has it changed at all? 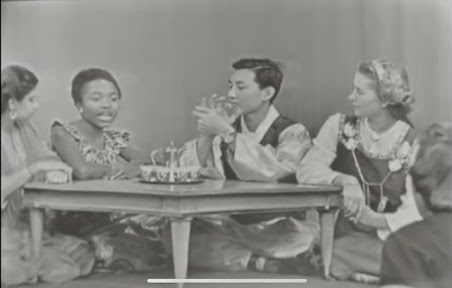 This is a question for my American friends here. I watched this video from 1955 - a whole 65 years ago. They were exchange students talking about American kids, on the question ‘do American kids have too much freedom’. https://youtu.be/V6iwt-dL4k4 Some expected observations - the casual relationship between students and teachers/parents, being shockingly free in comparison to the Pakistan, Nigeria, Korea and Finland of the time. And some interesting ones as well. In particular, that Americans while free to do whatever you want, are also bound by social conformity, for instance if you didn't date and party, you were weird. Therefore everyone dates or pretends to. So paradoxically, the youth of that time replaced one set of rules for another.  Now I don't think conformity is unusual – all human societies pretty much rely on conformity to function, and more so in conservative ones. The surprise was in seeing it in a more free country like the US.  Was it part of American culture i
Post a Comment
Read more
More posts